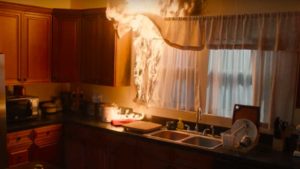 I started watching NBC’s This is Us after the Superbowl episode that aired on Feb 4, 2018, and I really want to talk about Jack’s death from an Insurance Brokers perspective!  I certainly hope everyone had their insurance in place before the house fire incident.

1) The Pearsons’ Home Insurance policy
If Jack and Rebecca had home insurance, the insurance policy would pay the full replacement value for the Dwelling Building (ie.  the house).  This means  whatever it will cost to rebuild the home to its pre-fire state, brand new with similar materials, would be paid for by the insurance company.  A home for a working class family like the Pearsons’ home could cost about $500,000 to rebuild on the same piece of land. Obviously, the land value is not insured because even after a fire, the land is still there.

While the home was being rebuilt, the insurance company would provide a temporary residence, covered by Additional Living Expenses. That could be a full years worth of rent, or more!  Its odd that the Pearson kids stayed with Miguel on the night of the fire because the insurance company would provide an alternative home for them immediately, even if it meant staying at a hotel. But maybe the  kids opted to stay with someone familiar instead.

I hope we find out more about their insurance status in the episodes ahead.

2) Jack Pearson’s Life Insurance Policy
As the single bread winner of the family, I certainly hope he had sufficient Life Insurance.  It’s so important to have expenses covered for your loved ones, while they are mourning for you and adjusting to your loss.

If Jack didn’t have insurance, Rebecca would have had to hustle right after his death.  That means finding a job that would pay for all the expenses, potentially including renting a new home.  There could still be mortgage responsibilities towards to the old house, and funeral expenses too. Good thing Kevin and Kate aren’t going to college!  If the Pearsons were not properly insured, Rebecca could face foreclosure.  Alternatively, she could sell the fire-torn house for its land value to cover the unexpected expenses and get out of mortgage payments.

Given what we know about the Pearsons, that they are family oriented working class adults,  and lacking in parental support, I would expect that Jack had life insurance in place for his family.  Term life insurance is not very expensive, and a young man like Jack could get pretty high limits of coverage, without paying too much to the insurance company.

3) Crock Pot’s Commercial General Liability policy (CGL)
If this fire loss ever went back to the makers of the slow cooker for payment of damages, either through a lawsuit directly from the Pearson family or through an insurance subrogation claim, then Crock Pot’s Commercial General Liability policy would respond.  Crock Pot is legally responsible for any design or manufacturing defects in their products that causes bodily damage and property damage to their customers, or end-users.

Crock Pot’s insurance policy would respond to the lawsuit to determine whether or not there should be a settlement payment for the Pearsons.  Of course the process might take a couple of years to investigate and battle out in court.  For example, was the Crock Pot ever altered from the original product?  Did the Pearson family contribute to causing the fire, knowing that the switch was malfunctioning?   Was there a manufacturer of a particular part in the Crock Pot that caused the fire?

It’s hard for us to determine the outcome of a fictional lawsuit.  But those are just some of points for consideration.  It’s important obviously for any business to have the proper insurance in place in case their product or service causes a financial loss to their customers.

4)  NBC’s Commercial General Liability policy (CGL)
Given the apparent backlash against Crock Pot after the Superbowl episode, that customers of Crock Pot are denouncing the brand after a fictional fire killed everyone’s favorite fictional character, is there a potential lawsuit that Crock Pot can raise against NBC?

Obviously, there are better ways to resolve a problem than to be litigious.  But if Crock Pot does raise a lawsuit against NBC, NBC’s insurance policy could respond to the defamation claims under they Commercial General Liability policy.  Crock Pot would have to prove that they suffered from loss sales revenues and/or loss of goodwill directly due to NBC’s TV show.  Of course, it would be long and drawn out legal battle, that I think we might need Alicia Florrick  from the CBS Series The Goodwife to litigate.

I hope you enjoyed reading my blog article as much as I enjoyed writing it, and I hope you had learned something about insurance policies and the role they play in society, in our personal lives and businesses.  If you ever have questions about insurance, I’ll be happy to answer your questions or find the answers for you! Have a great day!